Think Before You Drink: Why Mixing Drugs Like Gabapentin With Alcohol Can Be More Dangerous Than You May Have Thought

Alcohol abuse is a huge problem in the United States, with more than 6% of adults dealing with an alcohol use disorder, and more than 620,000 teenagers with the same condition. As a country, there are about 88,000 deaths annually with alcohol as a contributing factor. With the massive number of Americans that abuse alcohol, it’s no surprise that dangerous interactions from mixing prescription medications and alcohol are so common.

Whether painkillers, antidepressants, or medications are used to treat nerve pain, it’s not a smart move to drink while taking any medication, and gabapentin is no exception. This commonly prescribed medication is not safe to be used in combination with any amount of alcohol. In fact, there are some extremely detrimental reactions that can happen if you mix it with alcohol.

Gabapentin, also known as Neurontin, is a prescription drug that is regularly prescribed to treat the nerve pain associated with seizures and shingles. While this medication is not a controlled substance in the eyes of the government, it is often involved in substance abuse cases. Patients often wonder whether this medication is safe to take with alcohol, but it is far from safe to mix the two.

According to the manufacturer, Neurontin should not be taken with any other substance that causes sleepiness or dizziness, as the medication can amplify these effects to a life-threatening level. In addition to alcohol, those taking gabapentin should completely avoid real and synthetic opioids, as well as a number of other substances.

Side-Effects of Gabapentin And Alcohol: Why Mixing Them Can Be Dangerous

Gabapentin is a widely prescribed medication that is used to treat a large number of conditions, including restless leg syndrome, hot flashes, epilepsy, and neuropathic pain. When used as directed by a physician, gabapentin on its own is a fairly safe medication. As with all pharmaceuticals, there are some side effects, but most of them are on the mild side.

Some of these side effects include:

This medication is fairly new, compared to others that are available. It was first available in 1993, with a generic version hitting the market in 2004. Gabapentin does impact the GABA neurotransmitter without any impact on the receptors that are impacted by benzos or opioids. Because it does not trigger the same neurotransmitters, gabapentin is not on the United States’ controlled substance list, as it is not considered a drug of abuse. Unfortunately, there are a lot of commonalities between this and other intoxicants.

Gabapentin makes users feel calm and tranquil, as well as increases sociability. Many people report a happy, euphoric high, with feelings similar to the high that cannabis creates. Even though the government does not classify this as a controlled substance, it is still commonly used recreationally and can be found on the streets, under the common names of “gabbies” and “morontin”. With so many people using this recreationally, it is not uncommon for it to be combined with alcohol, opioids, and other unsafe substances.

When folks mix Neurontin with alcohol, there are a number of dangerous effects that can occur. One of the biggest reasons that this could end up being a lethal combination is that, on their own, both gabapentin and alcohol depress the respiratory system and the central nervous system. These substances together amplify these depressant effects, which can make you feel even more dizzy and drowsy, leading to impairments, accidents, and even death. Additionally, anyone that drinks while taking gabapentin is at increased risk of having a seizure. 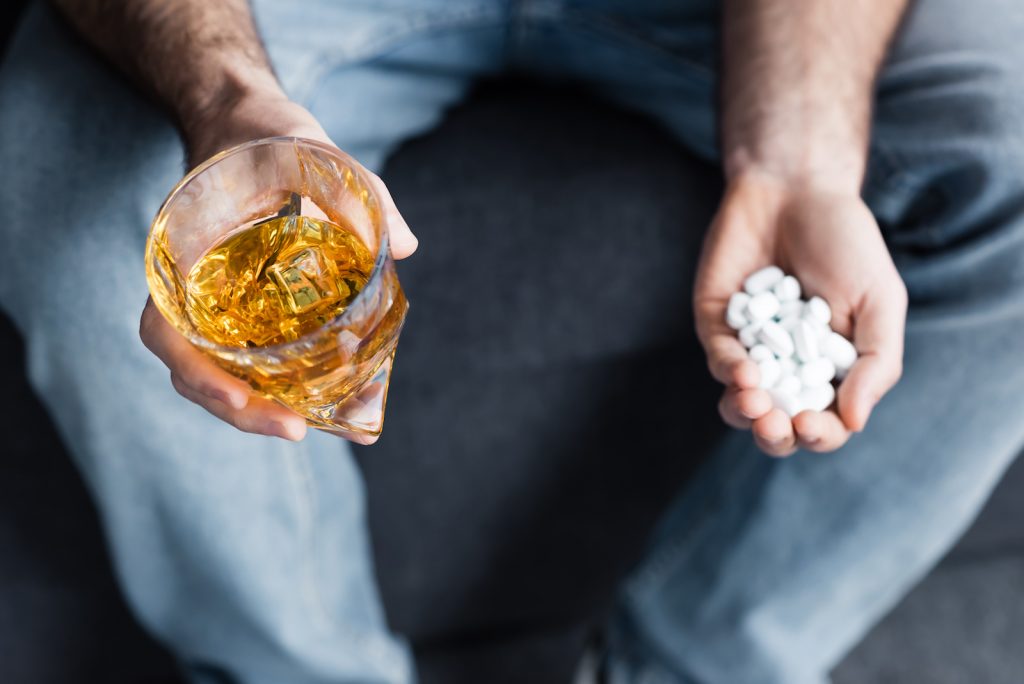 According to the FDA, there are risk factors that can increase the likelihood of experiencing the more dangerous effects, including:

Anytime alcohol and gabapentin are combined, there is a chance that the user will experience one of the many negative effects of mixing the two. These include:

While most of these don’t seem like they would be severe, using gabapentin in conjunction with alcohol can intensify these side effects, making them uncomfortable, if not severe. Not only can the addition of alcohol make these effects worse, but they can also make them last even longer.

Signs That You Are Abusing Gabapentin And Alcohol

Just because a drug is not classified as a controlled substance, that does not mean that it is safe or that it won’t get someone high. The reason gabapentin and alcohol are used together so often is that people enjoy the effects of both individually and want to combine them. Alternatively, some people are prescribed gabapentin for a legitimate reason and ignore their doctor and pharmacists’ warnings about mixing their prescription with alcohol. No matter how it happens, using them together is a recipe for disaster.

The unfortunate truth is, any drug that can be abused, will be abused. Gabapentin is known for many enjoyable side effects, including calmness and feelings of euphoria, which definitely leads to its popularity. Because it is not classified as a controlled substance, it is often overlooked as something that could lead to abuse and addiction, but gabapentin abuse is not uncommon.

While gabapentin does have a low addictive potential, one of the most important aspects of physical addiction is withdrawal symptoms, and gabapentin definitely leads to withdrawal in many users. The enjoyable high also gives it a higher chance of psychological dependence.

Anytime a medication is used outside of the directions of a doctor, it is being abused. Whether that is as simple as taking your next dose a bit too early, or someone is crushing their pills and snorting them to chase a high. When it comes to admitting you have a problem, many people struggle with this, especially if they’re using the medication to treat a condition. The sooner you admit that you’re misusing gabapentin, the better the chances are of recovery.

Alcoholism is much more common, with more than 5% of American adults dealing with Alcohol Abuse Syndrome. What may start out as drinking socially or having a drink here and there to unwind, can quickly lead to a life that includes drinking alcohol far too often. 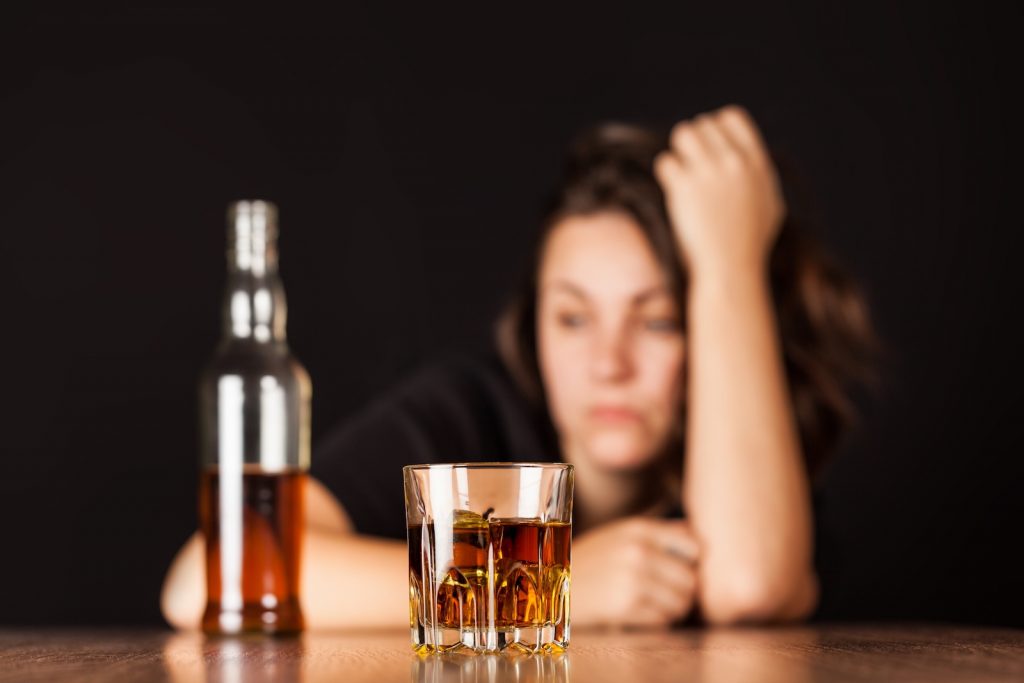 For anyone that is concerned that they may be addicted to gabapentin or alcohol, some signs are pretty obvious, including spending too much on your drug of choice, leaving not enough for your bills and other necessities, neglecting both home and work responsibilities, and sudden changes in mood or behavior.

If you’re concerned that a loved one is abusing gabapentin or alcohol, the signs may not be so obvious initially. Some of the most common signs that someone is experiencing an addiction include:

These are just a few of the more common signs of addiction. If you believe you or a loved one are experiencing an addiction to alcohol, gabapentin, or any other substance, it’s best to seek help as soon as possible.

Whether you’ve been combining gabapentin and alcohol for a while, or it is a relatively new experience for you, addiction can develop at any point. The earlier you catch it, the better your chances are of recovery. Once you come to terms with the fact that there is a problem at hand, you should reach out and seek help from a team of professionals. With a support system, recovery is possible.

Getting clean and staying that way is a challenge for many individuals, and getting there on your own is not an easy task. It often takes professional help, ideally with both medical and psychological support. Additionally, hearing about the experiences of others that are in the same boat as you can help you feel less alone in your journey towards a clean, healthy lifestyle.

Having a plan in place to help you get through this difficult time is important. Detoxing and getting the drugs out of your system is just the beginning. In order to truly heal and move on, getting down to the bottom of things and figuring out where your addiction stems from and your reasoning for using are some of the biggest steps. Once you know why you got to this point, the easier it will be to come up with a solid plan to move forward.

Understanding your triggers as well as learning healthy coping mechanisms to get through trying times make a huge difference in being able to stay clean and resist the temptation to use again in the future. No matter what you’re dealing with, getting help with your addiction increases the likelihood of staying clean.