Adult Children of Alcoholics: Characteristics, Personality Traits, and Effects of Alcoholism on Families when Living with An Alcoholic Parent

Growing up in an environment where one or both parents are alcoholic can make life feel very unpredictable for a child. Due to the strain alcoholism can have on family, children of alcoholics may not receive the emotional connection they need growing up, causing the children to have emotional/behavioral difficulties themselves, especially later on in life. Moreover, not getting emotional needs met through key development years can cause a child to grow up uncertain on how to get those emotional needs met as an adult. As such, children exposed to alcoholism can develop certain characteristics and personality traits as adults, affecting how they interact in relation with others, as well as how they view themselves, and their emotional and behavioral state. Recognizing these personality and character traits can, therefore, help an adult child of an alcoholic to move forward, possibly through counseling or support groups, to prevent these traits from sabotaging a more fulfilling, healthier lifestyle.

Alcoholism is often called a family disease because addiction affects the entire family. Research shows that members of a family unit where one or more members are alcoholic have a greater likelihood to also have lower levels of emotional bonding, expressiveness, and independence. Furthermore, each member may be impacted by the disease of alcoholism differently. While alcohol tends to be associated with higher levels of marital stress and lower levels of marital satisfaction, addiction is often most acutely pronounced in parenting and child development. As such, when alcohol addiction is an issue with either one or both parents, parenting skills tend to diminish as the disease progresses. 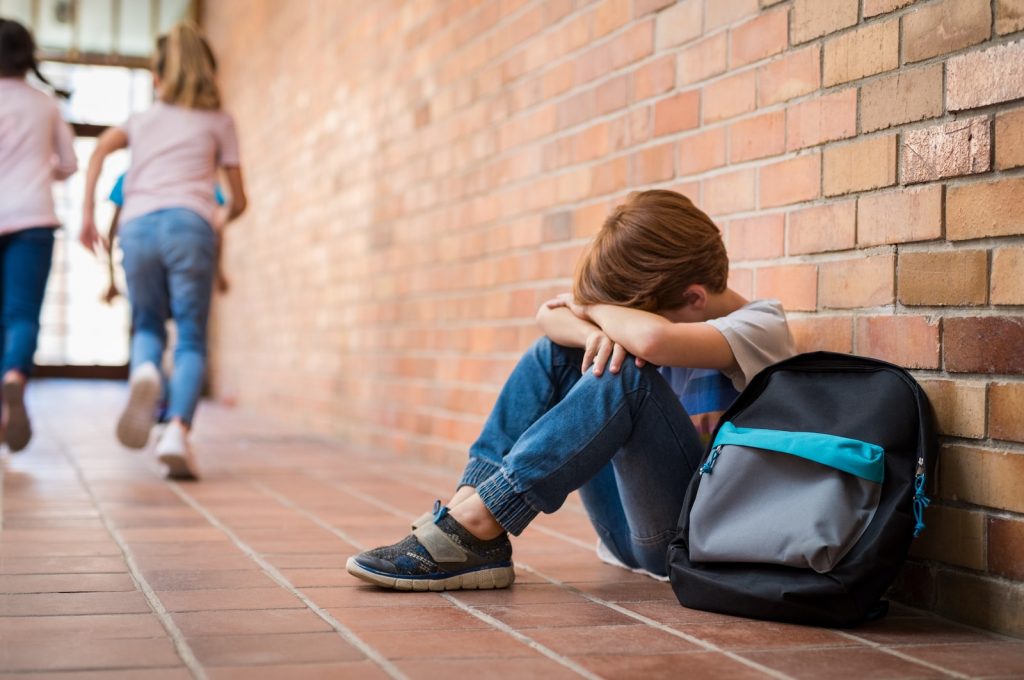 Because the disease tends to inhibit reasoning and healthy communication skills, emotional or physical abuse may become apparent in a household when drinking is present. Moreover, not having the emotional support and connection needed during the fundamental developmental years of a child’s life can undoubtedly hamper the child’s emotional functioning and lead to psychological disorders. This is most often displayed in school environments where the child may either act out, struggle immensely with schoolwork, or become reclusive, unable to connect with other children in their classroom. Additionally, because drinking is an expensive disease, a child may not have the resources needed for school supplies or new clothes. While this is not a sole indicator for emotional issues, it most often sets a child up for a sense of lack, of not being taken care of, and a low sense of self-worth, especially when it stems from a parent’s lack of concern for providing for the child. Furthermore, because the disease itself is unpredictable, children witnessing a parent in addiction are often sent mixed signals. These mixed signals by even signify to the child that drinking is acceptable, therefore increasing the risk of them participating in underage drinking.

Characteristics of Adult Children of Alcoholics

Children of alcoholics tend to suppress feelings of sadness, fear, and anger to avoid conflict with the parental figure(s) with an alcohol addiction. As such, these suppressed emotions tend to resurface in adulthood, where the adult child of an alcoholic may start manifesting these emotions without understanding why they feel the way they do. In her landmark book, “Adult Children of Alcoholics,” Dr. Janet G. Woititz outlined characteristics and personality traits often displayed with children of alcoholics. Dr. Jan, a best-seller author, lecturer, and counselor, had first-hand experience with marrying an alcoholic herself and, therefore, based on personal experience with alcoholism along with working with clients raised in alcoholic families, discovered these 13 characteristics to be most commonly pronounced in adult children of alcoholics (ACoAs):

Although everything on this list may not apply to someone who is an adult child of an alcoholic, it’s likely that some of these characteristics will resonate with someone who grew up with dysfunction, as a result from alcoholism, in their home.

Alcoholism undoubtedly affects the way a child perceives and internalizes their inner and outer reality. According to Tony A.’s book published in 1978 called, “The Laundry List”, there are typically 14 key personality traits of an adult child of an alcoholic. Adult children of alcoholics can:

Getting help as an adult child of an alcoholic can be extremely beneficial in order to move past emotional barriers that may keep someone “stuck” or isolated from forming intimate relationships with people. As such, the flip side of the “laundry list” that was previously mentioned include:

While characteristic and personality trait lists and the flip-side of living under the emotional scarring of alcoholism are helpful in recognizing and discerning possible areas of personal growth, it may be far more beneficial for someone who grew up in an alcoholic home to take this knowledge into a therapy session. With a clinical licensed therapist, preferably one who understands alcoholism and the effect it has on children who grow up in this type of dysfunctional home, one can start to unpack the impact alcoholism has had on their life and find practical ways to heal and grow from such trauma. It is important to understand that while healing from the trauma may be challenging, especially if one has suppressed emotions for a long duration of time, it is possible to heal and move forward to lead an emotionally fulfilling life. By doing so, one has a greater chance of forming and sustaining meaningful healthy relationships, providing a new sense of richness to life that one may have missed in the earlier years.