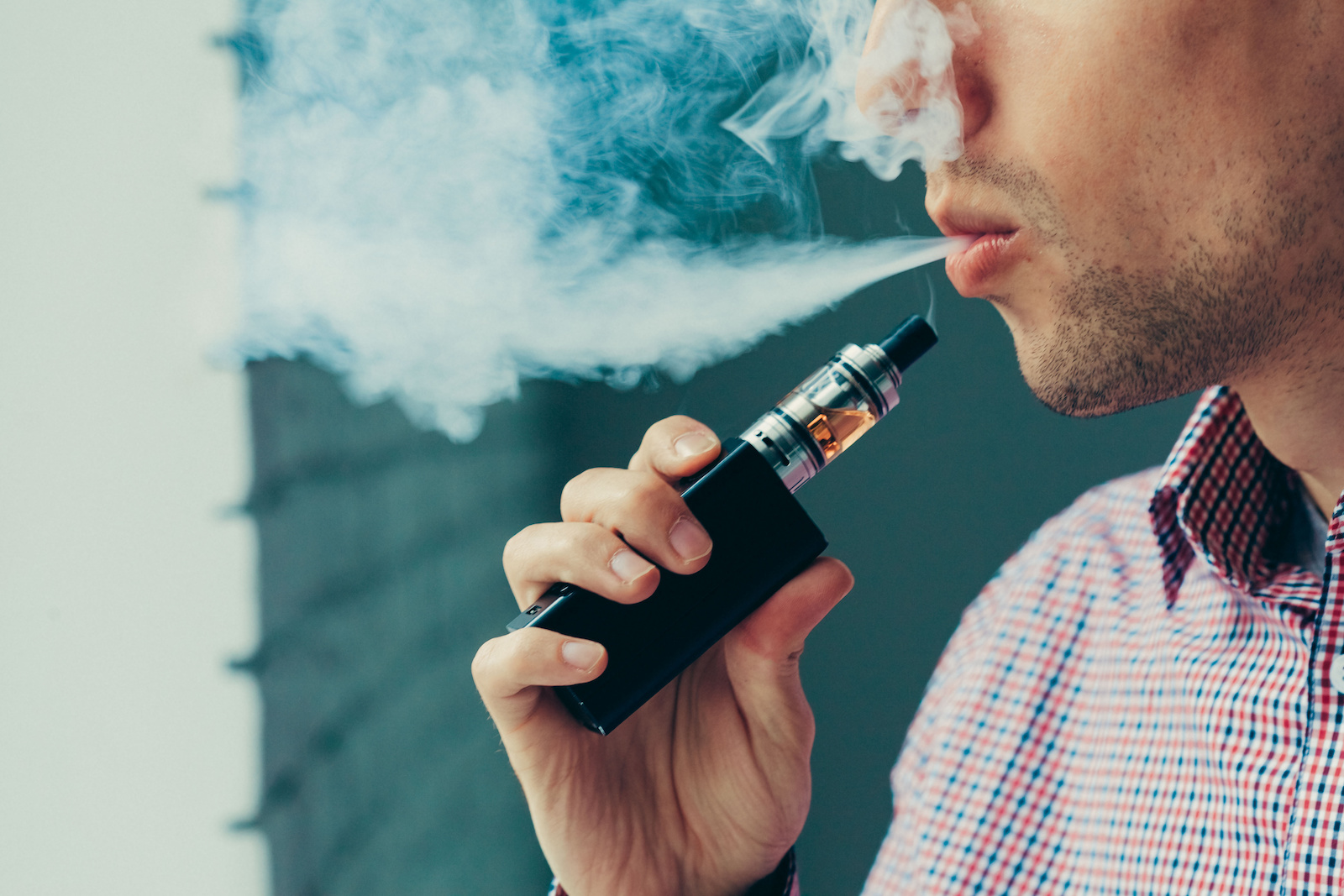 Nicotine-Free Vape: Is It Really That Much Better For You?

There are a lot of drugs out there, and some are certainly more dangerous than others, particularly when it comes to addiction potential. Cigarettes and nicotine have been a source of millions of deaths and millions more affected by the loss of their loved ones. But cigarettes have always found a way to reinvent themselves and become more attractive to new demographics, even those that would normally avoid cigarettes because they are too unhealthy.

Recently, however, there has been a push toward alternatives to cigarettes that don’t involve inhaling hot smoke from burning plant matter. People love the action of smoking, but smoking itself has long been known to cause a significant array of side effects, illnesses, and chronic conditions. This is where the new trend of using a nicotine-free vape to get the same feeling without the harmful chemicals is but is it any safer?

What is a Nicotine-Free Vape & Why Has it Become so Popular?

A nicotine-free vape is a device that heats a solution of propylene glycol, glycerin, and other additives, forming a vapor that is then inhaled. They are used as a vehicle for countless flavors, both with nicotine and without. They have recently become incredibly popular for people looking for an alternative to smoking cigarettes that is supposedly “healthier.” This myth of the nicotine-free vape being a healthier alternative to cigarettes is based largely on the assumption that most of the harm from cigarettes comes from the hot smoke created by the burning plant matter. In this situation, a nicotine-free vape is technically healthier since it doesn’t create smoke under ordinary circumstances, but they still have some significant health concerns.

One of the biggest problems with nicotine-free vapes is that recently they have become so popular, especially among the younger crowd, such as teens. Many nicotine-free vape devices look “cool” and high-tech, resembling a USB drive or futuristic “pod,” and are very easily concealed. Since they are also much easier to covertly use in areas where you normally wouldn’t be able to light a cigarette, they have also become a favorite amongst those who use them to vape, where smoking and vaping aren’t allowed.

What Are The Risks & Side Effects of Using a Nicotine-Free Vape?

Even though a nicotine-free vape doesn’t contain any significant amount of nicotine, there are still some substantial risks involved in using one and possibly painful or dangerous side effects. In addition, since the liquid used in most vapes or e-cigarettes is made from propylene glycol, vegetable glycerin, flavors, and other chemicals, even though there isn’t any nicotine, many foreign substances are still being inhaled. 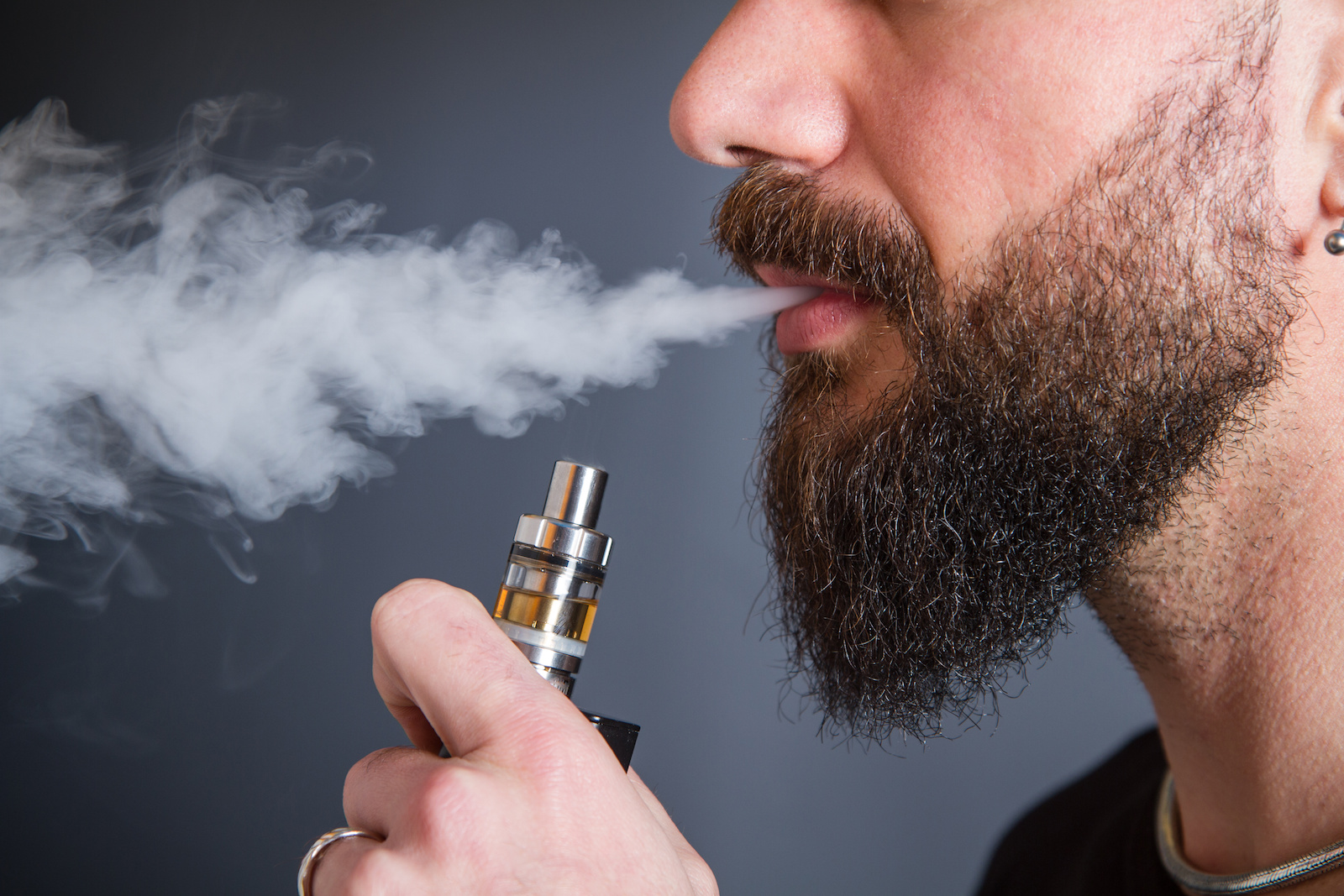 Glycerin and glycol are both known to cause noticeable irritation in the upper airway, which can end up being the cause of a persistent cough. Additionally, some studies by epidemiological bodies have linked the use of a nicotine-free vape or e-cigarette to an increase in dry mouth, gum irritation, and forms of gum disease. They also come with a substantial list of possible negative side effects that come with every use, including:

The long-term effects of vaping are still relatively unknown because the technology is still fairly emergent. Initially designed to deliver flavor and effect without the harshness and irritation caused by hot smoke, its safety is still up in the air. In addition, some data shows indication that the long-term effects on the lungs may be irreversible after a certain point.

There is also the risk that certain chemicals or additives in nicotine-free vape juice can contribute to health issues or cause some of their own. Many causes of a condition called “popcorn lung” have occurred because someone used a nicotine-free vape that was adulterated with a particular additive, cutting agent, or another compound that was unsafe to vaporize. Once the chemical is vaporized and inhaled, it causes irreversible damage to tissue inside the lung, turning into scar tissue.

With the lung tissues damaged, the lungs’ ability to deliver oxygen-rich blood to the rest of the body has been permanently reduced. This can lead to lifelong physical limitations, becoming ill with respiratory conditions easier, and even potentially having to require oxygen at some point. This is a possible effect of using a nicotine-free vape.

Additional long-term side-effects of using a nicotine-free vape include lung damage, rapid onset of persistent coughing, difficulties in normal breathing, and diarrhea. There have even been reports of unexpected weight loss, which can be medically concerning if it happens too quickly, and reports of nausea and vomiting.

Other possible dangers of a nicotine-free vape include impacting the young, developing brains of their target market. It’s been shown that kids are more susceptible to addiction and that products like the nicotine-free vape are marketed toward them, leading to much easier development of addiction.

When it comes down to it, vaping may seem like a safe alternative to smoking, but there are several reasons that it is not as safe of an activity as many assume. Unfortunately, since vaping is so new, there haven’t been many studies showing the long-term effect it can have on people. However, we know that unpleasant chemicals can cause irritation, inflammation, and possibly cancer.

Whether you vape with nicotine or not, vaping is an activity that comes with a long list of potential dangers, including inhaling unknown chemicals and the risk of dependence or addiction. Many people choose to vape as the lesser of two evils between that and smoking tobacco, but because it’s still relatively new, there hasn’t been enough research on the safety of vaping, so it’s hard to say how bad it is.

You are not alone if you’ve been vaping for a while and have developed a dependence or addiction. With 1 in 20 Americans using a vape, chances are you know someone who is also struggling. The good news is that help is available. All you need to do is reach out to one of the professional recovery programs designed to help addicts recover. They help get them through the detox process and provide therapy to get down to the root cause of their addiction, identify triggers that could potentially cause relapse, and provide them with coping mechanisms to help them move forward.