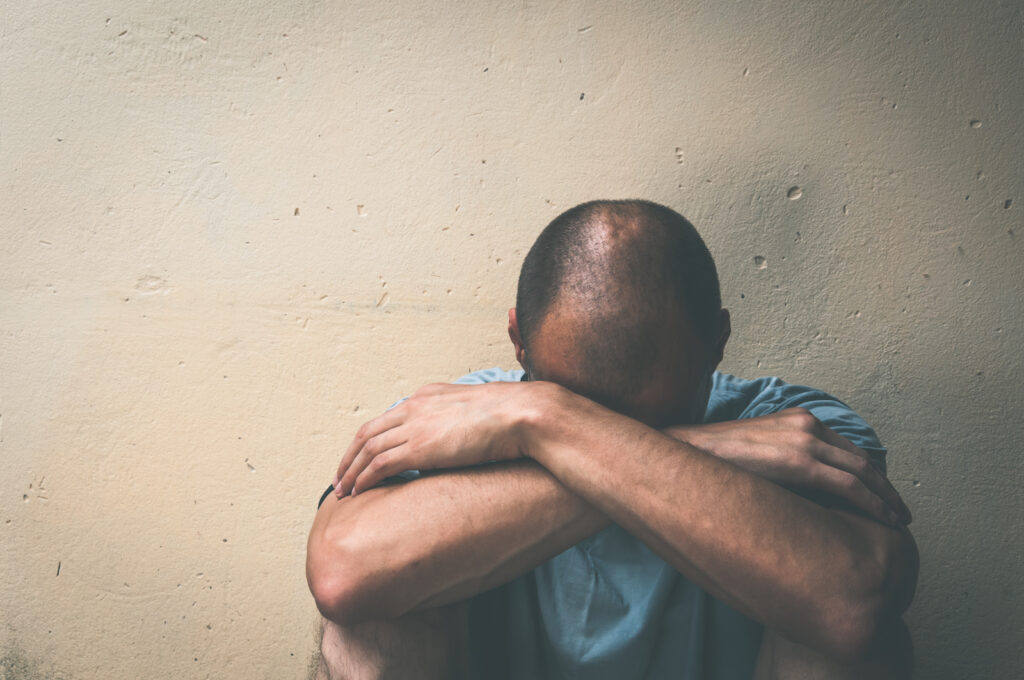 Depression or Major Depression is one of the most common mental health disorders in the United States, but it’s still not very well understood. There are a lot of misconceptions both about depression itself and about the people who have depression. That’s a big problem because it can prevent people from recognizing what they’re feeling or from seeking help even if they understand that they are dealing with depression.

Misunderstandings of what depression is and how it affects the people who have it can also lead to unnecessary stigma and shame in social situations. That stigma can cause additional suffering and make it even harder for people to admit what they’re dealing with or seek help with their condition.

So it’s important to understand depression, at least a little bit, for everyone. It’s even more important if you think you have depression or if you’ve been diagnosed with depression but don’t know what that means for you.

In this article, we’ll talk about what depression feels like, how depression works, and why depression can leave you more vulnerable to addiction because we understand that it’s especially important for people who have depression to understand the warning signs of addiction and to know that there are resources out there that can help.

Depression feels different for everyone who experiences it. This description is just meant to be a starting place for understanding or recognizing depression when you have it.

There’s a common misconception that depression and sadness are similar feelings. But depression doesn’t necessarily mean you feel sad or even that you’re feeling an identifiable emotion. Depression exists even when you feel other emotions but can block them out.

One of the most persistent descriptions of depression is that people who have depression take little pleasure in life, even sometimes, especially in the things they used to enjoy.

People with depression often have low self-esteem. People with major depression may think poorly of themselves and often experience severe negative self-talk, where the thoughts and feelings they direct toward themselves are mostly negative.

Depression also comes with feelings of hopelessness. It may be difficult to imagine things getting better, and experience may reinforce the idea that things don’t get better, especially in people who have had depression for a long time.

People with depression may recognize that they don’t have a clear picture of their life and situation, but that doesn’t necessarily make it easier to combat their low self-esteem, negative self-talk, or hopelessness. Many people with depression feel like they have little or no control over their emotions or their disorder.

Depression may also show up in other ways. It’s common for depression to make it more difficult to sleep or to make sleep less restful. In addition, you might notice someone with depression undergoing big weight changes, especially when they first develop the disorder or when it worsens. People with depression can lose weight or gain it, depending on how their depression manifests.

Lack of interest in activities, social life, and even your professional life can also be tied into depression and are common.

What Depression Is Doing To Your Brain

The longer you have depression, and the more severe your depression becomes, the more likely you will have more significant changes to the balance of neurotransmitters and brain structures.

When structural changes occur, that can also feed into some of the functions of those structures, which can cause further changes in mood and behaviors.

The good news is that those structural and chemical changes to the brain can be reversed with treatment, though finding the right treatment options can be a process. Many options include talk therapy, medications, other treatments, and skills building.

Structural Changes In The Brain

Here are some of the critical changes that depression can cause in your brain.

Hippocampus: Your hippocampus is involved in memory processing, processing space, and movement. When it’s impacted, you may experience memory retention and processing changes. You may also experience changes in movement and coordination – which is why people with depression may be noted to be moving faster or slower than average.

Thalamus: Your thalamus communicates information between your pre-frontal cortex and brain stem.

Amygdala: Your amygdala is involved in processing emotions and memory, and structural changes to the amygdala may be involved in emotional regulation problems in depression and changes in the emotional content of memories.

There may be other changes, and these changes may be related to depression or other situations, including medication conditions, medications, or experiences.

Not everyone with depression will have these kinds of structural changes, and the extent of any existing changes may differ between patients. That’s important to note because everyone who has depression is going to have a different experience of the condition as well as different symptoms and symptom presentations.

We’re emphasizing that because it’s important to know that having depression doesn’t mean that those structural changes will be permanent or that you have them. Depression, like all mental health disorders, is a complicated issue that is still being studied. More details about depression and the nature of depression’s effects on the brain are still being discovered, and our understanding of depression is still changing.

Unfortunately, one of the big problems with depression and substance use disorders is that both of these conditions can feed into one another. Someone with depression may be more willing to engage in risky behavior if they think there is a possibility that those behaviors will provide relief from their symptoms.

Why You Shouldn’t Suffer With Depression Alone

Depression doesn’t have to lead to an addiction, and early and effective treatment can help prevent symptoms of depression from getting worse or leading to more risk-taking behaviors.

While depression is a complex disorder, getting treatment and finding the combination of treatments can make depression manageable, or even resolve depression symptoms.

Residential treatment centers have the advantage of being able to offer comprehensive care for both disorders, and can offer medications to help deal with both substance use disorder and depression or other mental health disorders. Additionally, treatments can include coping mechanisms and other skills that will help you deal with depression in the future.

You don’t have to do this alone. And if you are dealing with depression, a substance use disorder, or both, and are ready to seek help, you are anything but weak. Reaching out for help is hard. It’s a sign of your strength that you’re here and considering getting the support you deserve.

Don’t give up. Remember that depression is treatable and that the worst symptoms and side effects of depression can be recovered from. You don’t have to feel this way, and help from professionals can help you get where you want to go.