Signs, Symptoms, & Side Effects Of A Painkiller Addiction

Painkiller addiction is a serious addiction that millions worldwide and in the United States of America suffer from each year. Painkillers are highly addictive and can quickly become misused, abused, or cause addiction.

Some painkillers are called opioids and are a class of drugs used to control the sensation and perception of pain throughout the body and brain. Opioids are powerful and change your brain’s chemical makeup through neurotransmitters.

As different parts of the brain release neurotransmitters, our brain becomes addicted and conditioned to expect pleasure and pain relief from the drugs. Opioids connect with opioid receptors in the central nervous system, which include the brain and the spine.

These receptors send signals to the brain to release endorphins and dopamine, two neurotransmitters that trigger feelings of joy, euphoria, and pleasure. Endorphins also block the feelings of pain throughout the body, resulting in people feeling better all over.

These neurotransmitters also work in the reward center of our brains, which causes us to become programmed to expect happy feelings and pleasure when we consume opioids.

Over time, this can quickly become an addiction. Once the brain and body are addicted to taking painkillers, it is very difficult to break the habit and rewire the brain to function naturally again.

Signs You May Be Addicted To Painkillers

However, many symptoms span the majority of opioid painkillers. The four parts of an individual’s life that reflect an addiction to painkillers are their behavior, cognitive ability, psychosocial, and physical symptoms.

Each one of these categories has different symptoms and signs to look for when identifying a painkiller addiction.

They will often have disrupted sleep schedules, which can cause them to be tired all the time. Physically, they will often sweat more and experience itchy skin and constipation. Frequently, people addicted to painkillers will experience low blood pressure due to the opioids.

The behavioral symptoms of painkiller abuse and addiction are much more noticeable than physical symptoms. These include slurred speech and lying about where they are or what they are doing so they can get drugs.

People suffering from this addiction will often withdraw from social interactions, isolating themselves and not participating in hobbies or activities they once enjoyed. They will likely take painkiller opioids when it is dangerous or unnecessary. They may visit multiple healthcare practitioners to try and get prescriptions for opioids.

Frequently, people suffering from this form of painkiller abuse will know that it is dangerous for them but will be unable to stop taking painkillers. They will also spend a lot of time trying to get painkillers, use them, and recover from the drugs.

The cognitive symptoms of painkiller addiction include making poor decisions that are unlike the person’s normal decision-making ability. The person will also appear to be confused or disoriented easily. They may struggle with tasks that used to be simple for them. In addition, they may find themselves struggling academically or at work.

As a reminder, different painkillers will result in different symptoms, but these are the symptoms most people addicted to painkillers experience. 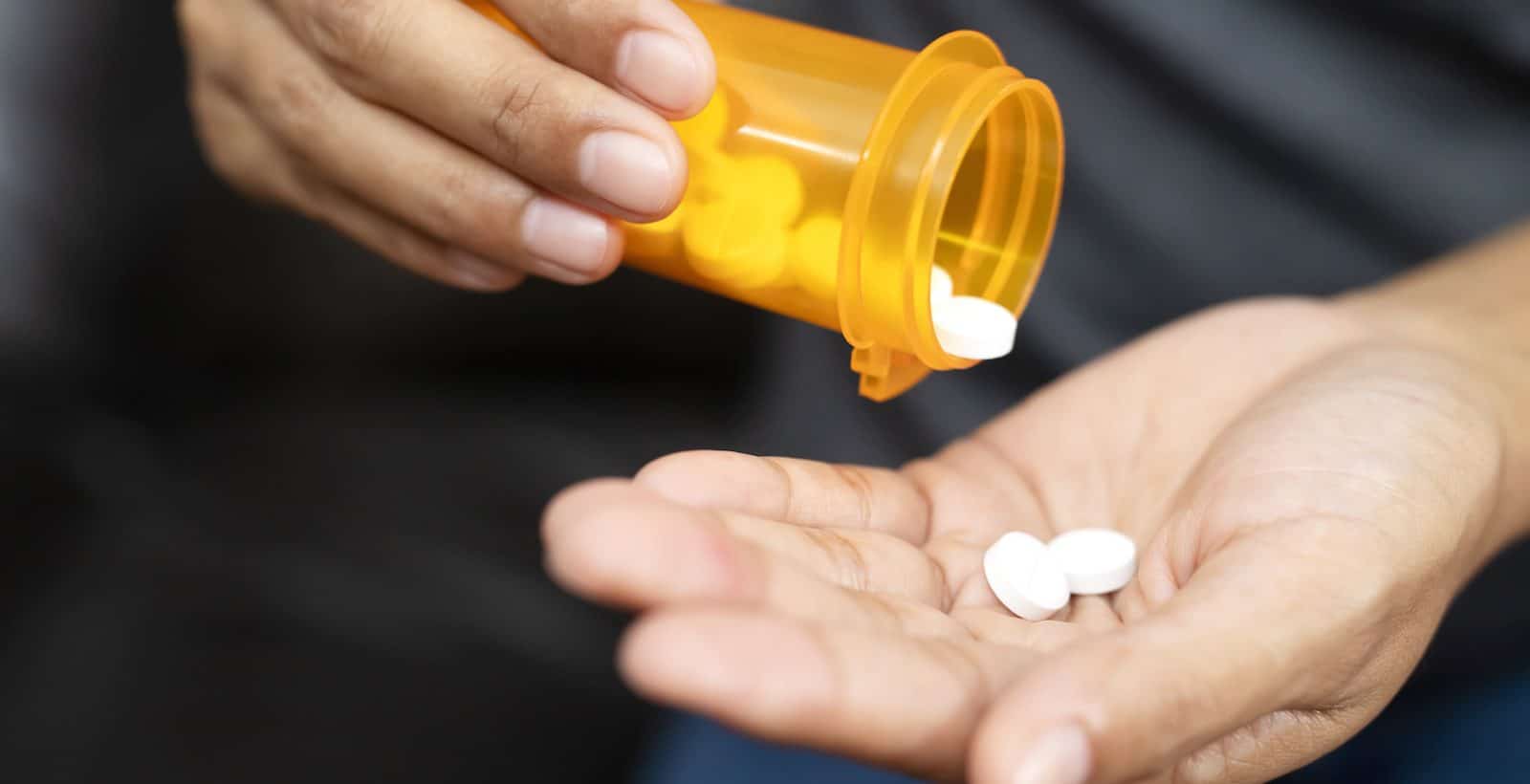 How Addiction Affects Your Life

There is a long list of side effects caused by an addiction to painkillers or opioids. Many of the effects of painkiller abuse and addiction can last for quite some time. Others are circumstantial or short-term.

Regardless of the type of side effects and individual experiences, addiction to painkillers has the potential to ruin their life. That is the biggest side effect of them all. In addition, painkiller addiction can destroy a person’s physical health, mental health, psychosocial help, financial well-being, job stability, and more.

Taking care of yourself is a very important part of life, and those struggling with addiction frequently ignore their bodies’ basic needs. This can result in poor hygiene and poor mental health.

Some of the most common side effects of painkiller addiction and abuse are:

All these side effects are quite severe, and while some can be reversed or treated alongside the addiction, others cannot be fixed. For example, interpersonal relationships, romantic relationships, and family bonds tend to be extremely strained due to an addiction. Sometimes, these people do not want to be back in the addict’s life. This is an example of something that cannot be fixed.

Financial issues and job loss can often be repaired by getting clean and re-entering the job market. Other issues such as social withdrawal or suicide attempts can be addressed through counseling or an addiction treatment plan.

If you ever experience suicidal thoughts or plan on hurting yourself, please immediately reach out to a doctor, treatment facility, or suicide hotline to protect yourself from intrusive thoughts.

Along with liver and kidney failure, many people report having gastrointestinal issues and cardiovascular issues due to their painkiller opioid addiction. Respiratory system collapse is another long-term health issue that could be a concern from painkiller abuse.

Many people suffer from a decreased cognitive ability, also known as impaired mental ability or function. This is because of the different neurotransmitters firing in the brain due to opioids. Because the release of neurotransmitters was not caused organically and Naturally by the brain, it can throw off the balance of chemicals, resulting in lowered cognition.

Lastly, the most dangerous and well-known side effects of painkiller addiction are overdose and death. It is very easy to overdose on painkillers, which can cause many other issues, including death.

What To Do If You Are Struggling With An Addiction

When suffering from an addiction to painkillers, it is incredibly important that you get help. Regardless of how bad you think your addiction is, you are unable to view your addiction from an objective standpoint. You must have outside perspectives on your situation to help you see the reality of your addiction so you can get the treatment you need.

Painkillers are one of the most difficult addictions to break, and they are not easy to deal with. Opioid withdrawal is one of the worst types of withdrawal, resulting in many people relapsing before they even get clean.

Additionally, many people will relapse because they are not held accountable by anybody else. Joining a treatment facility or a support group can help you stay accountable for your actions and prevent relapse.

One of the biggest ways you can help beat your painkiller addiction is to tell people about it. Although this seems incredibly difficult, it is an integral part of your journey. But, you must be honest with yourself and others about what you are dealing with to have accountability.

Tell some trusted family members or friends about your painkiller addiction. This way, you will have people to rely on while you deal with this battle.

At Infinite Recovery, we specialize in treating substance abuse patients, and we have trained professional staff who are proud to help people through all types of addiction. Our treatment plans are designed to be broad yet individualistic. If you or a loved one is suffering from painkiller addiction, please reach out today to get the help you need.