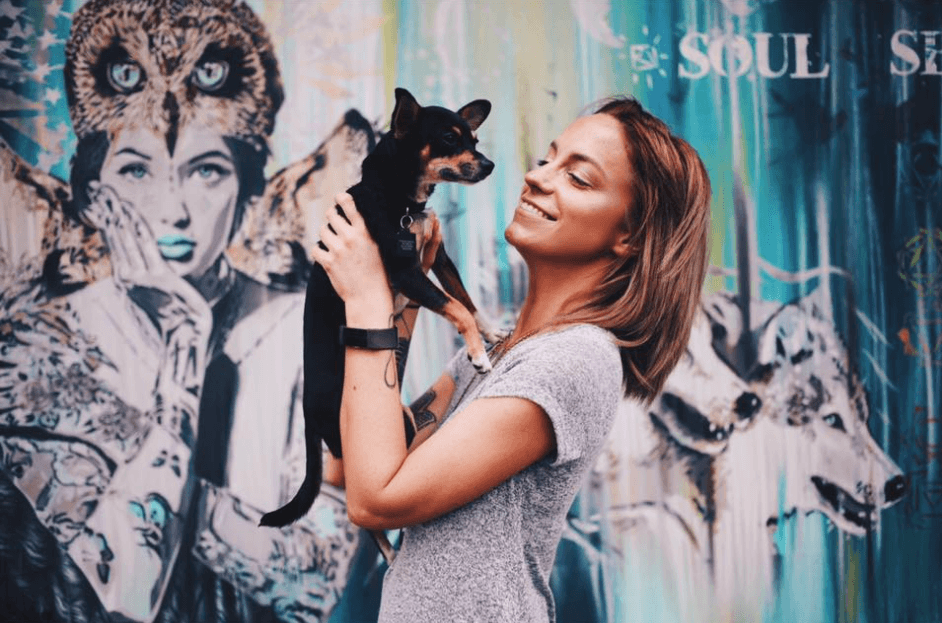 Alcohol and drug addiction strikes people of all walks of life, but recovery is possible. Many stories are about men who have overcome their addiction, but there are countless women in recovery helping people overcome their disease. Some find their path to sobriety in a treatment center and others find it in meeting halls. We’re continuing our “Women in Recovery” series, Rachel B., shares how she found recovery, her higher power, and her purpose in life through the power of sobriety.

“I was born in Allentown, Pennsylvania and moved to Hyde Park, NY when I was around five months old. Things were great up until around age six when I began school and met my schoolmates’ parents, I had a slight inclination that something in my family was not right. My father was extremely religious and we were to live up to his standards or be punished, I realized then I was never good enough. This was around the time my mom started carry a glass of red wine in her hand, at all times… alcohol and drinking was something I accepted as normal.

We moved to Florida when I was thirteen, and that was where my mother’s alcoholism really got ahold of her. She lost her nursing license, and she was sent to rehab in Tampa. She drank the day she got out.

When I was sixteen I moved back to Pennsylvania and I underwent back surgery for scoliosis. I was prescribed OxyContin and Percocet. That was my first taste of ultimate freedom, I had arrived. Granted my back hurt a lot but I was spinning around on this axis that I had never imagined existed before. A few months later my mom attempted suicide and started spiraling. That year I began smoking weed, sneaking out, and going to parties

After high school my sister and I moved to a small town in Pennsylvania, and we partied every night. During my first experience with mushrooms my friends and I decided we were going to move to Mexico. Later that week we pawned all of our stuff, drove twenty-seven hours and ended up in Livingston, TX. While there we decided to move to Houston.

In Houston, I continued taking any opiate pills I could get my individualized, I fell into a constant state of depression. Eventually my friends and my sister moved away and it was just me in Houston getting loaded on everything, any way I could get it. My mom moved down to Houston 6 years later and I lived with her during the time I would later come to find out she was slowly dying. I watched her get wasted every single night until her deathbed.

After that I went through a series of suicide attempts, including driving my mother’s car into oncoming traffic. I woke up in the hospital, everyone kept telling me I was lucky to be alive and I Just kept thinking, ‘why can’t I do’. I was given opiates for roughly five months, and then after the prescriptions ran out, I found heroin. I began injecting anything and everything from heroin to crack. I moved several times from Houston to Austin to get clean and nothing was working, I had no idea the program existed. I lost all my friends, every man I ever loved, anyone who would house me, and my self worth.

Several arrests and institutions later I hit my rock bottom. I woke up handcuffed to a chair with a spit mask on my face. Sitting on the floor on Valentine’s day in the “suicide tank” of Travis county jail I had my first step experience. I was done, and as soon as I got out I looked tirelessly for drug and alcohol treatment centers in Austin. I found help, went to a 28-day facility, straight to sober living, went to a seven-week intensive outpatient treatment, and by the grace of my Higher Power I am alive and sober today.

This program of recovery has provided me with a guidebook on how to live a life that is meaningful.  Through prayer and meditation, working the steps, taking suggestions, sponsoring women, and using my mental health resources I am on a journey of experiencing the life I always wanted. In just seventeen months I have experienced many of the promises listed in the Book. I am so blessed and grateful to finally have my own car, a beautiful dog Cholula, manage a sober living facility for an amazing treatment center where I can work closely with women in recovery every single day, and am enrolled in school.”

There are many more stories just like Rachel’s, recovery is possible. Our drug and alcohol rehab in Austin, Texas treats all forms of the disease of addiction with a focus on opioid and heroin. If you or a loved one is struggling with opioid addiction or heroin addiction, get help now. Infinite Recovery offers a confidential hotline at (844) 206-9063 and our admissions team is available 24/7 online.